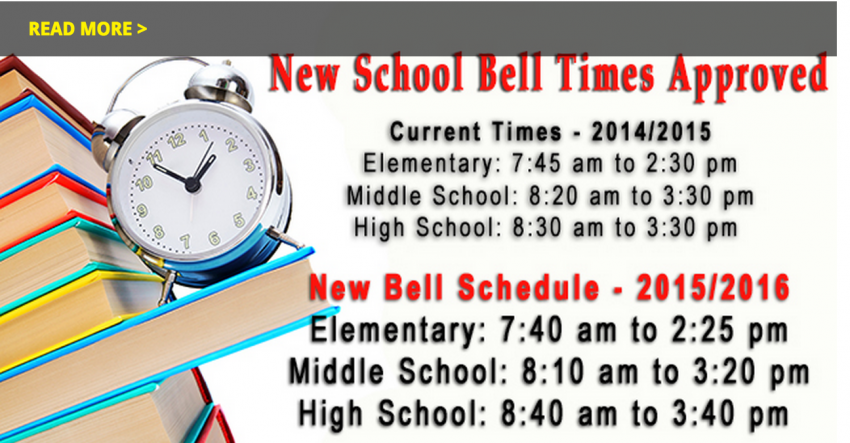 On May 19th, the Board of Trustees approved to modify school start times (bell schedules), starting with the 2015-2016 school year.